West side of Indy

Trigger “prepping,” if you like penitentiaries (on the inside)!

I’ve seen and personally witnessed several professing self-defense instructors recently who are promoting the misguided procedure of “trigger prepping,” and teaching it to naïve students.

With “trigger prepping,” one places his finger in contact with the trigger of his pistol at the point in the draw where hands come together, long before sights are at eye-level.

The shooter is at this point pretty much committed to a shot!

Trigger pressure is then steadily increased as the pistol is brought to eye level, so that it ideally discharges the instant sights come on target.

So, for “trigger-preppers” the pistol is always and automatically fired every time it is drawn. One cannot draw his pistol without shooting it. Between hands coming together and sights coming on target, there is no opportunity to abort the shot!

This all comes from quaint pistol competitions, where targets and distances are always known in advance, and the contestant knows in advance he will always draw and fire.

Conversely, in legitimate domestic self-defense, none of that is known, and the pistol is actually fired on only a small percentage of the occasions where it is actually drawn. On the vast majority of those occasions, the suspect voluntarily disengages, turns, and withdraws upon seeing the pistol in the hands of his intended victim, and shooting is thus unnecessary.

Remember, “self-defense” may be claimed only in an intentional shooting. The jury will not be allowed to even consider self-defense when you shoot absent deliberate intent that the gun discharge at that instant, regardless of other circumstances!

With few exceptions, the trigger-finger needs to remain in the register position until/unless sights are visually on-target, and the Operator has consciously, simultaneously made the decision to shoot immediately.

Thus, when unexpectedly confronting genuine violent criminals in places other than pistol matches, “trigger preppers” have an excellent chance of becoming residents of penitentiaries!
Click to expand...

Throwing it up for discussion.

I practice both types of draws...
Generally speaking, if the gun comes out of the holster...there is a really good reason and somebody's life/well-being is in danger. I would tend to believe that I could decide which of the two aforementioned draws I could execute at the moment I elect to draw my firearm. In fact, I make this decision often during training sessions...and I've never really gotten the two confused. Admittedly, a REAL scenario would involve much more adrenaline and muscle memory.

The article does specifically call out "naïve" students. I agree, that if the student is beginning to learn and hasn't fully grasped all the other aspects of self-defense (legal and otherwise), trigger prepping probably isn't a wise investment of time (yet).

I agree with the article. Even in competition I don't prep.

This subject always gives me a laugh. Too discuss trigger prepping is like studying how to open a door to go into the next room. Or to inhale before you exhale. If you stay and study on the process of trigger prep you certainly will be neglecting something far more important within the streamlined fundamentals of shooting.
T

I keep my finger off the trigger until I am ready to fire.

"Ready to fire" might mean different things, from contact shots to full extension aimed fire, but it always means that if the gun goes bang, I can accept the consequences.

My real question is what trigger slack? 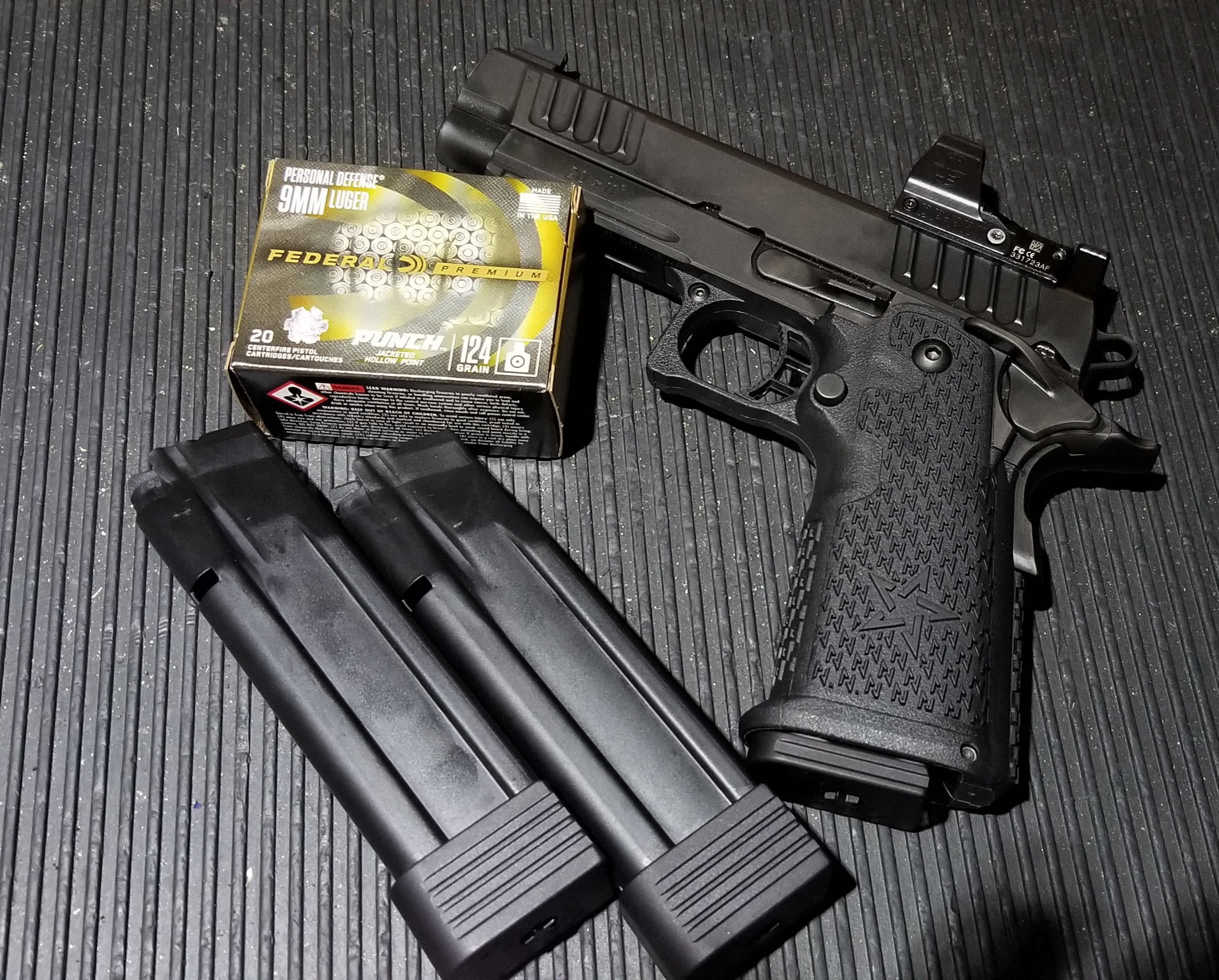 The Bubba Effect said:
I keep my finger off the trigger until I am ready to fire.

"Ready to fire" might mean different things, from contact shots to full extension aimed fire, but it always means that if the gun goes bang, I can accept the consequences.
Click to expand...

Yes and at that point I'm slapping that sumbitch as fast as possible.

Dean Crail said:
My real question is what trigger slack?

I was trying to find a way to get this in the thread and not be a douche.

I was trying to find a way to get this in the thread and not be a douche.
Click to expand...

I mean I was kinda being serious the only two guns I own where you can even "prep" the trigger is my Walther and P365 lol. All the others just a very crisp break with maybe a mm or two of take up at most.
E

I was issued a revolver when I started my LE/Military career in 1986. Back in those DA Revolver days it was called 'Staging the trigger " and was one thing taught with DA Revolvers.

Here the issue A DA revolver is more forgiving as it has a 12 to 13 pound trigger and a lot of travel. A Striker has maybe a 5lb (If they don't throw an apex or some other 3 pound trigger in it) with not a whole lot of travel so just not a good way to do it. Especially under stress.
One of the training scars why departments keep DA only revolvers or Hammer fored DAO Autos forever and alsi why when same departments went to Glocks etc they had increases in ADs aka Glock or COP leg!

The practice/theory was you pull the trigger 3/4th thw way theough stoping ("staging" then reacquire your sights and you have maybe 1/8-1/4th inch of travel later BANG. If the shot wasnt there simply let off the trigger no harm no foul.