Steven Dettelbach, the Man Biden is Reportedly Considering to Head the ATF

bgcatty said:
I’ve already got a headache just learning about this libtard d’bag. God help us!
Click to expand... 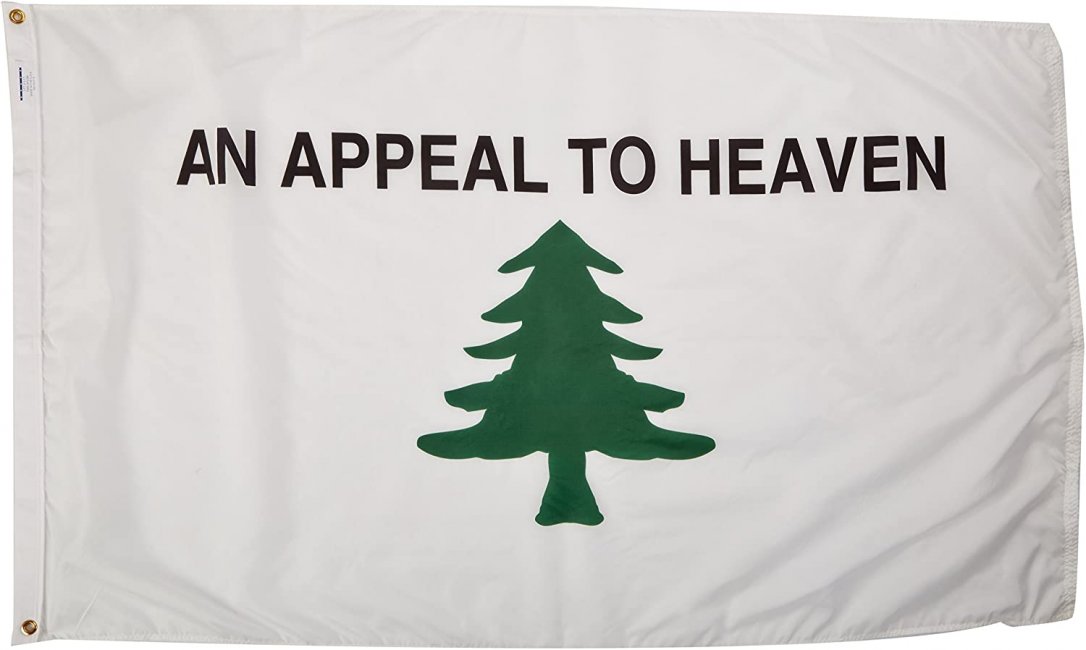 Bumping this one again. Sent an email to our Senators? Clicked the "take action" link from NRA-ILA? I think I've seen GOA emails on this as well. Haven't heard anything from NAGR/HGR since that dumbass (does dumbass get filtered? Let's find out) did us no favors at the HB 1077 hearing.

OK, back to topic. This Dettelbach clown is a gun-grabber and a no-bailer. Our Senators need to know we are paying attention.

Just a reminder, about the previous nominee...

I am writing to urge your support in opposing the latest nominee to head the Bureau of Alcohol, Tobacco, Firearms, and Explosives (BATFE) Steve Dettelbach. After the debacle we witnessed with the David Chipman BATFE nomination, it’s not surprising another anti-gun bureaucrat has been nominated.

In a failed run for Attorney General of Ohio, Dettelbach was endorsed by Barrack Obama, Joe Biden, and Everytown for Gun Safety. Moms Demand Action knocked on doors in support of AG candidate Dettelbach. This says a lot about Dettelbach’s view on the individual right (DC v Heller 2008) to Keep and Bear Arms.

Surprisingly Dettelbach’s Twitter history hasn’t yet been purged. “Do something” about “gun violence” seems to be an often-repeated theme. Never mentioning what “something” is, or the violent criminals who commit heinous crimes seems all to familiar. It’s easier to get the law-abiding to abide by the law than to get criminals off the street.

Dettelbach has called for the reinstatement of the (quote-unquote) Assault Weapons (a made-up political term that does not define any class of weapons) Ban (per Bureau of Justice Statistics: any change from reinstatement of the ban would be statistically insignificant or too small to measure) and “Universal Background Checks” (which per former Attorney General Eric Holder, will not work without universal registration.)

Additionally, Dettelbach has campaigned on “closing the gun show loophole” (surveys conducted by the Bureau of Justice Statistics and University of Chicago of prisoners convicted for crimes involving firearms have consistently shown that 0.8% criminals obtained their firearms at gun shows) and opposed Ohio’s extremely successful program to train teachers to be armed in school.

There is significant concern among gun owners with how the BATFE is using arbitrary and capricious rule changes that have the force of law to negatively affect firearms owners and Federal Firearms Licensees. Having a rogue BATFE headed up by an anti-gun zealot is not consistent with our 2nd Amendment Rights. I’m sure I can count on your opposition to Steve Dettelbach.

Today, the Biden Administration announced the nomination of Steven Dettelbach as the Director of the Bureau of Alcohol, Tobacco, Firearms and Explosives (“ATF”), subject to Senate confirmation. With Dettelbach’s nomination, President Biden has chosen to double-down on his attempt to put a gun...

USCCA is in on it too. Have to be a member to get the action link to send letter. Keep those cards and letters coming INGO!

On April 11, 2022, President Joe Biden nominated Steve Dettelbach as director of the Bureau of Alcohol, Tobacco, Firearms and Explosives (ATF). 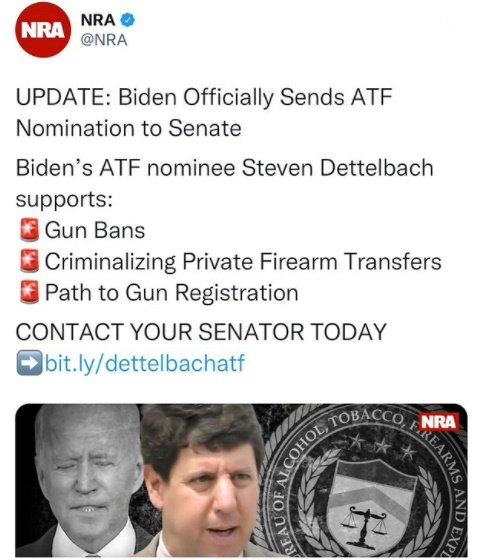 Got a reply from Senator Braun. Not sure if it was to my email, NRA-ILA email, USCCA email...

He didn't mention hunting until the third paragraph and that is in closing. I think we have managed to smush him into a serviceable 2A supporter.

Thank you for contacting my office about President Biden’s gun control agenda. I appreciate hearing from you on this important topic.

On April 11, 2022, President Joe Biden held an event at the White House where he unveiled two new gun control efforts. First, he announced that the Bureau of Alcohol, Tobacco, Firearms, and Explosives (ATF) would publish ATF Rule 2021R-05F, a sweeping regulation that will ban certain gun parts and kits, alter several long-standing firearm parts definitions (such as “receiver” and “frame”), and impose new serializing requirements on firearm dealers. Perhaps most disturbingly, the rule will also require firearm dealers to retain sensitive firearm transaction records until the dealers cease business operations, after which they must turn over all records to a centralized ATF record keeping database. Such a database is expressly prohibited by multiple federal laws. I recognize ATF Rule 2021R-05F as a clear and unacceptable infringement of Americans’ Second Amendment rights. On April 27, 2022, Senator Ted Cruz of Texas introduced S.J.Res.45 to the Senate. This resolution, if made law, would provide congressional disapproval and nullification of ATF Rule 2021R-05F. I am a proud original cosponsor of this resolution, and you can rest assured that I will continue to fight this unconstitutional rule as one of your United States Senators.

In closing, I am an avid hunter, a National Rifle Association of America member, and stand in support of the Second Amendment. In the Senate, I will oppose any efforts to restrict the rights of law-abiding gun owners and will protect their ability to defend themselves and their families in life-threatening situations. I appreciate you bringing these important issues to my attention, and you can rest assured that I will continue to protect your Second Amendment rights in the United States Senate.

Thank you for contacting me. It is an honor to serve as your U.S. Senator from Indiana. Please keep in touch with me on issues of concern to you. You can also follow me on Twitter or Facebook for real-time updates on my activities in the U.S. Senate. If I ever may be of service, please do not hesitate to contact me.

Confirmation hearing for this twit is tomorrow (Wednesday).

BigRed said:
Confirmation hearing for this twit is tomorrow (Wednesday).

The Senate Judiciary Committee considered the nomination of Steven Dettelbach to serve as director of the Bureau of Alcohol, Tobacco, Firearms, and Explosives (ATF) as well as Circuit and District court nominees.

I believe the hearing is to be here.