east of the Pacific

Kat Von D first announced her move to Indiana in late 2020. Phillip Faraone/Stringer/Getty Images
Kat Von D is officially moving to Indiana, and she's taking her famous tattoo shop with her.
In an Instagram post on Monday, the controversial tattoo artist shared a photo of herself with "Goodbye, California!" written across it. She also included shots taken at her famous High Voltage Tattoo shop - which was featured in her former TLC show, "LA Ink."
In the post's caption, Von D said her move will entail closing the Los Angeles location and reopening it in Indiana once her new house is fully remodeled.
"As some of you know, we recently purchased a beautiful home on a bit of land in rural Indiana, and the more time we spend out there we realize we feel more at home there than we do here in LA," she wrote.
Von D also explained why she and her family are making their move to Indiana official after previously saying they'd split time between there and California.
"After much thought, we have decided we will permanently be moving to Indiana at the end of this year," she wrote on Instagram. "We plan on selling our beautiful home here, and I will be re-opening @highvoltagetat in Indiana once we are done with the house remodel there."
Click to expand...

east of the Pacific 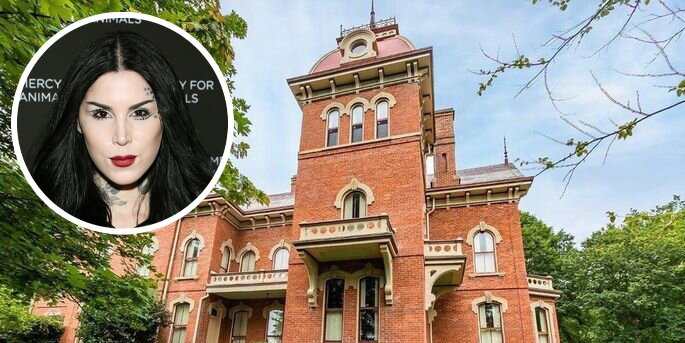 Known as the historic Schenck Mansion, Kat Von D's new home in Indiana used to be a bed-and-breakfast. Take a peek inside!

This could go a lot of different directions. I would think her "brand" would find Indiana a bit boring. Better taxes, better people here for sure. Hopefully she fully leaves all Cali aspects in Cali.

I thought she would have moved close to Indy.

Guess I’m out of the loop…is this one of those famous for being famous people?

rhamersley said:
Guess I’m out of the loop…is this one of those famous for being famous people?
Click to expand...

. Never heard of her, but apparently she did say this, so she can't be all bad:

"With all that has been taking place in California with terrible policies, tyrannical government overreach, ridiculous taxing, amongst so much more corruption, we just felt the need to plant roots in a small town where there is nature, where my son can be free to play, and where we can eventually retire one day," she said.

I do wonder if she has Indiana roots, though, because there's only about a zillion places she could have gone to escape Kali.

. Never heard of her, but apparently she did say this, so she can't be all bad:
Click to expand...

From Wikipedia:
Von D appeared in two seasons of Miami Ink, the reality TV show taped at 305 Ink in Miami[15] for the cable network TLC. She was offered the place on the show after fellow artist Darren Brass broke his elbow,[16] preventing him from tattooing. While on the show, she had a falling out with Ami James, which led to her decision to leave the shop and the show.[17]

She subsequently acquired her own TLC series, LA Ink, which chronicled her work at her tattoo shop, High Voltage Tattoo, in Hollywood, California. On the show, she broke the Guinness World Record of most tattoos given by a single person in 24 hours, with a total of 400.[18] Accomplished in December 2007, it involved a Von D-designed logo for the city of Los Angeles, with proceeds going to the children's-blindness charity Vitamin Angels.[19] LA Ink ran four seasons, ending September 15, 2011; TLC announced the cancellation on August 18, 2011.[20] Von D has publicly said that the cancellation was because she chose not to continue doing the show.[21]

I think she moved here last year sometime, she must just now be deciding to close her shop in Cali to move here forever. I heard she was opening a shop here as well.

I would guess 45 since Jesse James and her were together a while.....

CHCRandy said:
I would guess 45 since Jesse James and her were together a while.....
Click to expand...

I forgot about that. The 1911 he made for Trump was amazing.

The house she and her husband bought:

At $1.8 million she probably could have sold a 2 bedroom bungalow in CA and just about covered it...

That's a heck of a home she bought! Good for her getting out of CA.

I'd trust her to do some work, but Vevay is a drive for me and I wonder if she will be charging "I'm the famous Kat VonD and you will pay to have me put ink on you" rates.

I have a fishing buddy down near Madison that I visit a few times a year.

I hear Kat likes old dudes, so you never know. Might run into her down by the river? 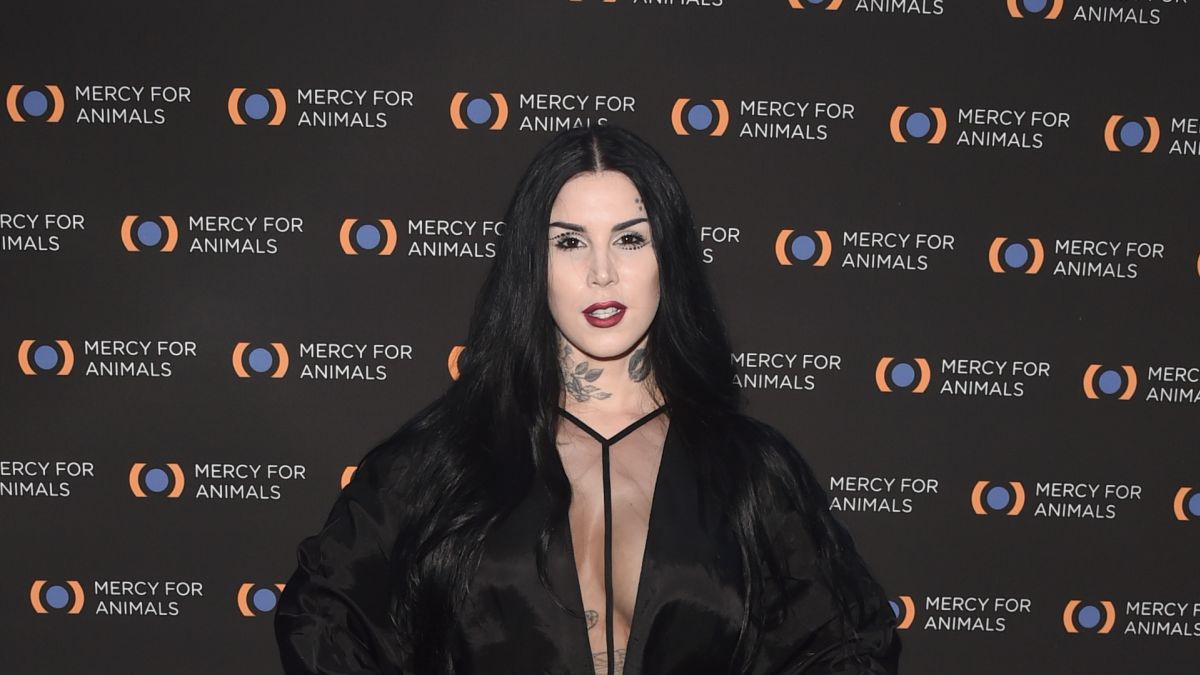 bwframe said:
I have a fishing buddy down near Madison that I visit a few times a year.

I hear Kat likes old dudes, so you never know. Might run into her down by the river?

When you wake up and realize it's Marilyn Manson. Not the most flattering photo.

My wife and SIL will be in line if she opens a shop. Guaranteed. I'm less than enthused to say the least. I have trust reservations about decision trees involving face tats.

She seems like a person who thrives on drama, crisis and revenge. That community is in for a firestorm of emotion. 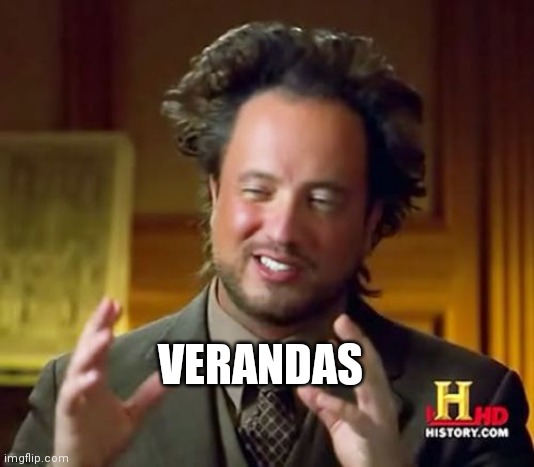