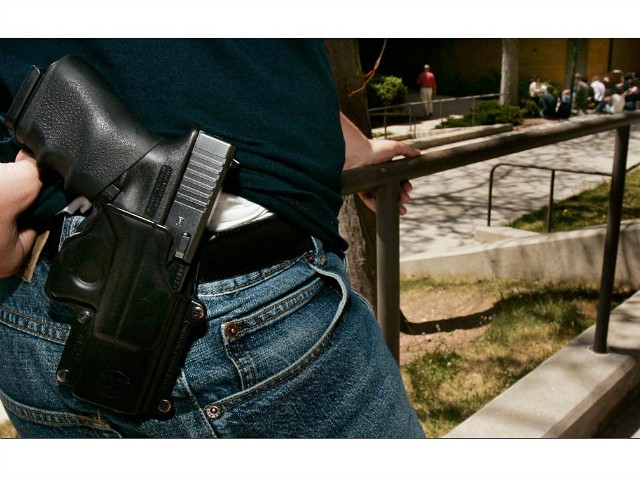 If you can Vote, Defend your country at 18 might as well be allowed to carry.

"When Democrat Kansas Governor Laura Kelly vetoed a bill to lower the minimum age to 18 for concealed carry in her state, legislators in both the state House and Senate voted overwhelmingly to override that ruling.

Those lawmakers saw through Kelly’s façade in the defense of her veto, in which she claimed that “allow(ing) more guns on campus is neither safe nor effective,” and that allowing 18 year olds to carry concealed would somehow “drive prospective students away from our schools.”

Neither claim is true, as researcher John Lott and founder of the Crime Prevention Research Center, has proven. In fact, schools are safer when there are more guns on campus, making schools more attractive to prospective students, not less so.

Kelly also failed to remember that by the time a citizen reaches 18, he becomes eligible for service in the armed forces, with the emphasis on the word “armed.” One Kansas Democrat who opposed the bill spouted additional nonsense. Louis Ruiz, representing Kansas City, argued that “even though they’re trained, the maturity level of their brain lacks.” wrote by Robert Adelmann
You must log in or register to reply here.
Share:
Facebook Twitter Reddit Pinterest Tumblr WhatsApp Email Share Link