OK, I can't take it anymore.
I recently had a few in thread interactions with a former member who A: took himself way too seriously, and B: thought that, because his little corner of Florida was affluent and upper crust, that the whole state might be.
I do seem to remember a Florida man thread that seemed to run for some time. So whaddya got?
This one tickled me.
I do have to say that it doesn't say in the article whether the article was strapped in the back seat, as stated by the comedian, or sitting with him in the front. If in the back, I'll concede the gator was probably unwillingly used as a weapon. HOWEVER, if he was sitting in the front, and ESPECIALLY if he was wearing a bandana, then I'll contend that he was a willing accomplice. 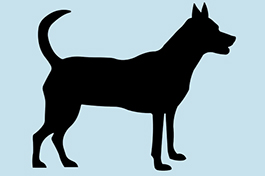 Upon discovering his boyfriend “humping” their dog, a Florida Man was beaten and threatened with a knife by his beau, police allege. According to an arrest report, the 58-year-old victim told cops he 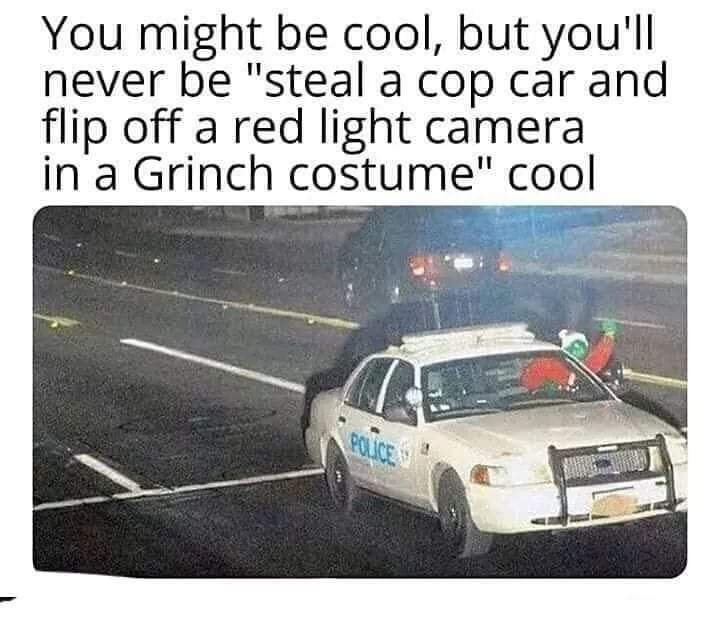 FL man is only a thing because of the open records laws in FL. It's just easier to find the crazy, whacky stuff than in most other states.

The game was to search the phrase " A Florida man.." and then a date/birthday and see what you can find 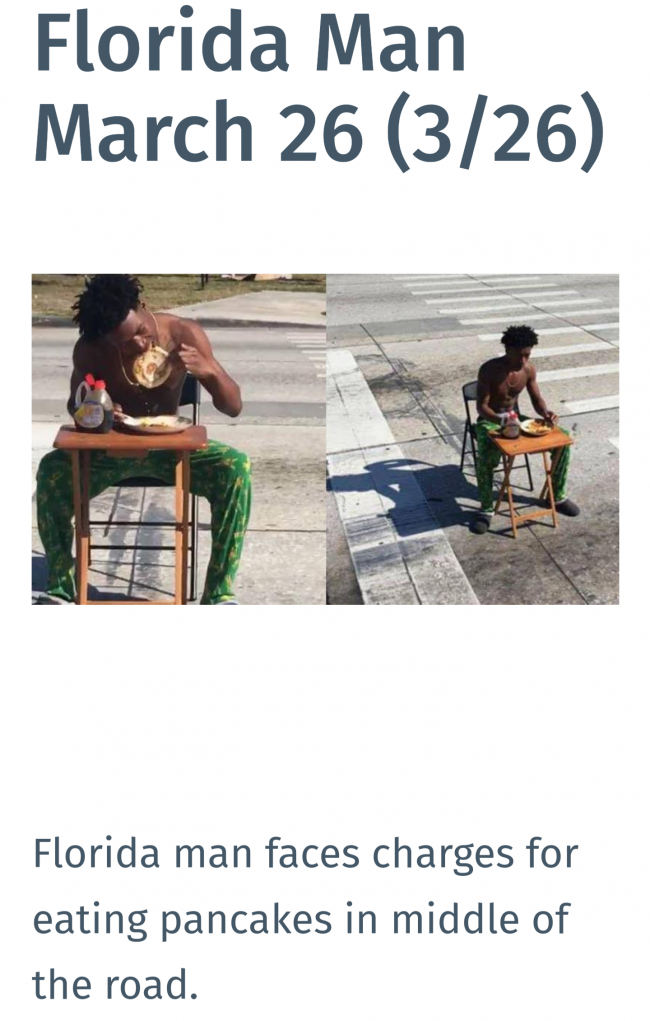 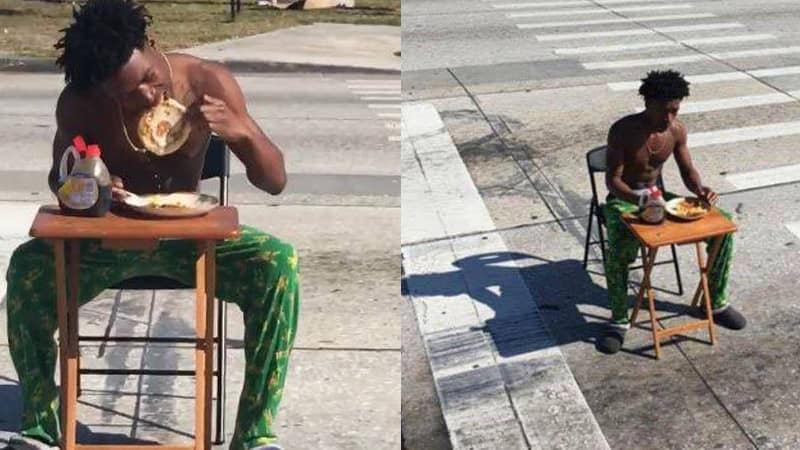 A Florida man has been arrested and charged after a video was posted on Facebook of him sitting in the middle of the street eating pancakes, police said.

Kiaron Thomas, 21, was arrested as he lounged peacefully with his breakfast food at Lakeland’s Eastside Park Friday morning – just five hours before authorities say they were alerted to footage showing him taunting law enforcement officers while consuming these flapjacks for all their worth (and then some).
Click to expand... 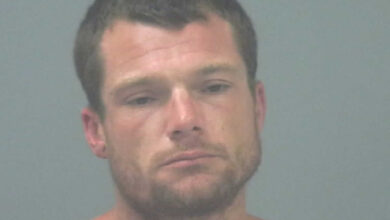 That is the way I would bet. Jim.

I'd fight a bear for you! 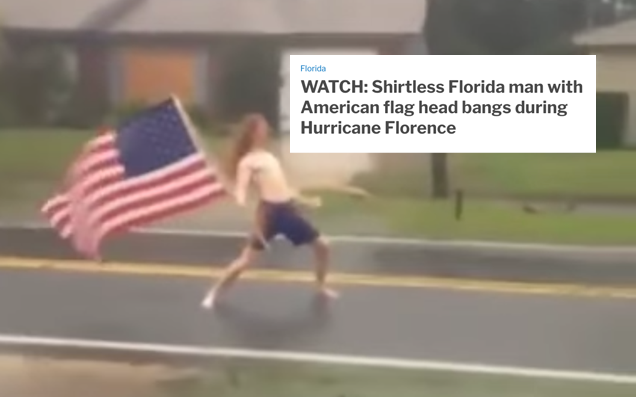 Go on, try it for yourself. 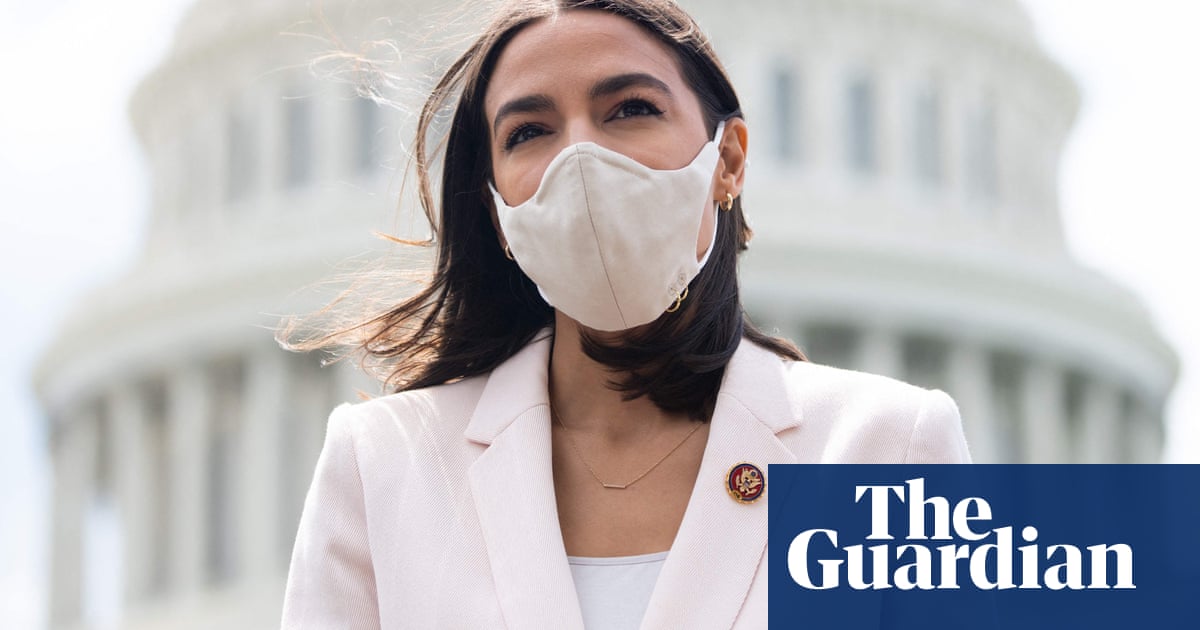 He just wanted to date her.

DoggyDaddy said:
He just wanted to date her.
Click to expand...

DoggyDaddy said:
He just wanted to date her.
Click to expand...

Dahmer? Is that you?

Florida man arrested over outburst about his bacon at Waffle House:

Florida man arrested over outburst about his bacon at Waffle House:

Well, how was it cooked? If it was rubbery, then I can't say he was wrong. 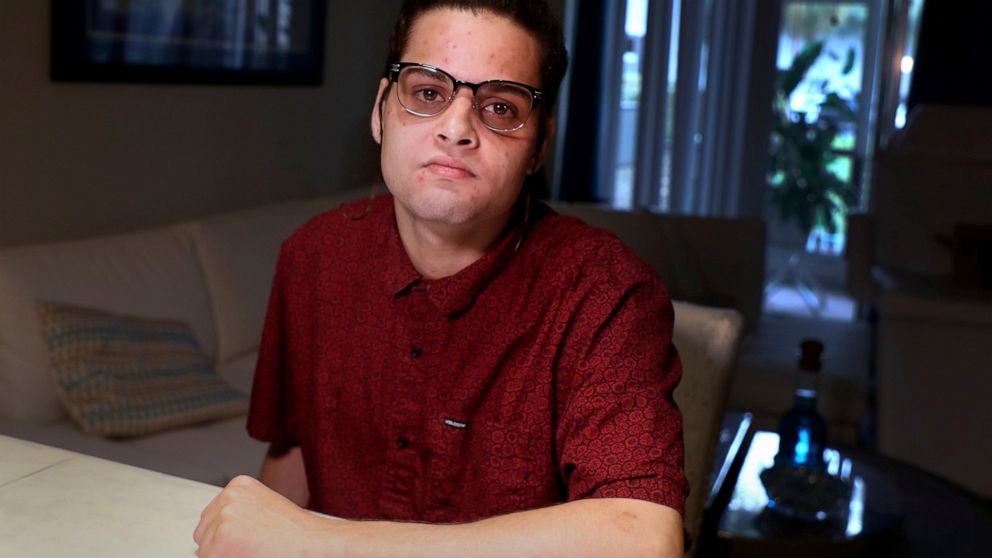 A South Florida cook says he lived a nightmare recently when police mistook him for a fugitive with the same name, similar looks and almost the same birthday

I'd like to say with certainty that this guy won't go reaching into a tiger cage again, but it is Florida man, so you never know.

Dude should probably check out the "shooting with gloves" thread after the de-gloving he got.

Florida. The gift that keeps on giving....

I googled my birthday, this is what came up 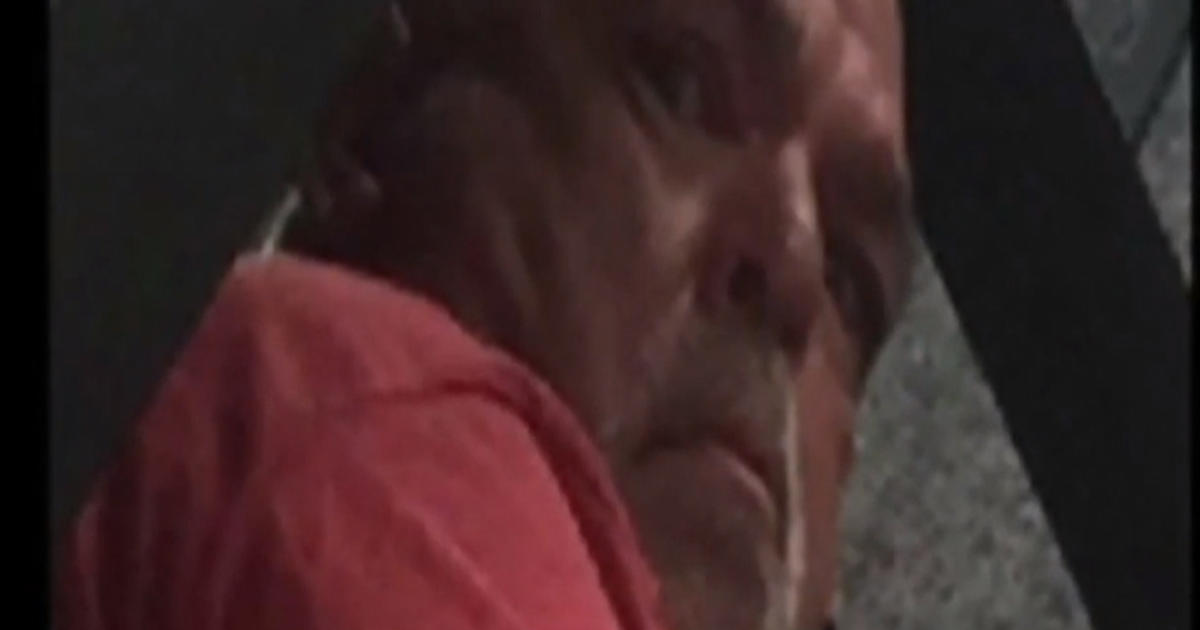