Did'nt see this posted yet. Proving it's not the tool. It's the evil mind capable of causing mass causalities no matter what the tool is. No firearm involved here. Don't see anyone blaming the knife. 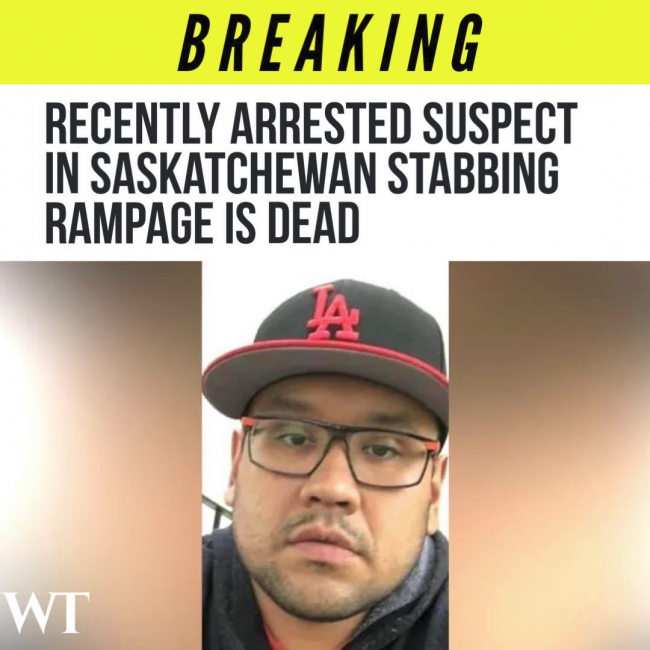 By Amir Vera, Eric Levenson and Nouran Salahieh, CNN:
"To ensure the safety of drivers on the highway, the vehicle was directed off the road and into a nearby ditch," Blackmore said.
Police confirmed the driver was Sanderson and took him into custody, Blackmore said. A knife was found inside his vehicle.
"Shortly after his arrest he went into medical distress. Nearby EMS were called to attend the scene and he was transported to a hospital in Saskatoon," Blackmore said, adding he was pronounced dead at the hospital.
Blackmore said "all life-saving measures that we are capable of were taken" until EMS arrived when Sanderson went into medical distress. She would not comment when asked whether the administration of Narcan was one of those life-saving measures."

Sort of reminds me of back in 1997, at the end of the 44 minute North Hollywood Bank Robbery/Shootout...
"Mătăsăreanu got out of the jeep to take cover from police officers. SWAT members started shooting below the car and hit Mătăsăreanu’s unprotected legs. Emil Mătăsăreanu tried to surrender, but eventually died of trauma and blood loss."

Go ahead and take away guns. Take away knives...John Wick will tell you, you don't need a gun to kill people. Just a #2 pencil...a f*%#ing pencil.
S

Reasonable knife control laws would have prevented this tragedy. Someone needs to think of the children.

Shadow01 said:
Reasonable knife control laws would have prevented this tragedy. Someone needs to think of the children.
Click to expand...